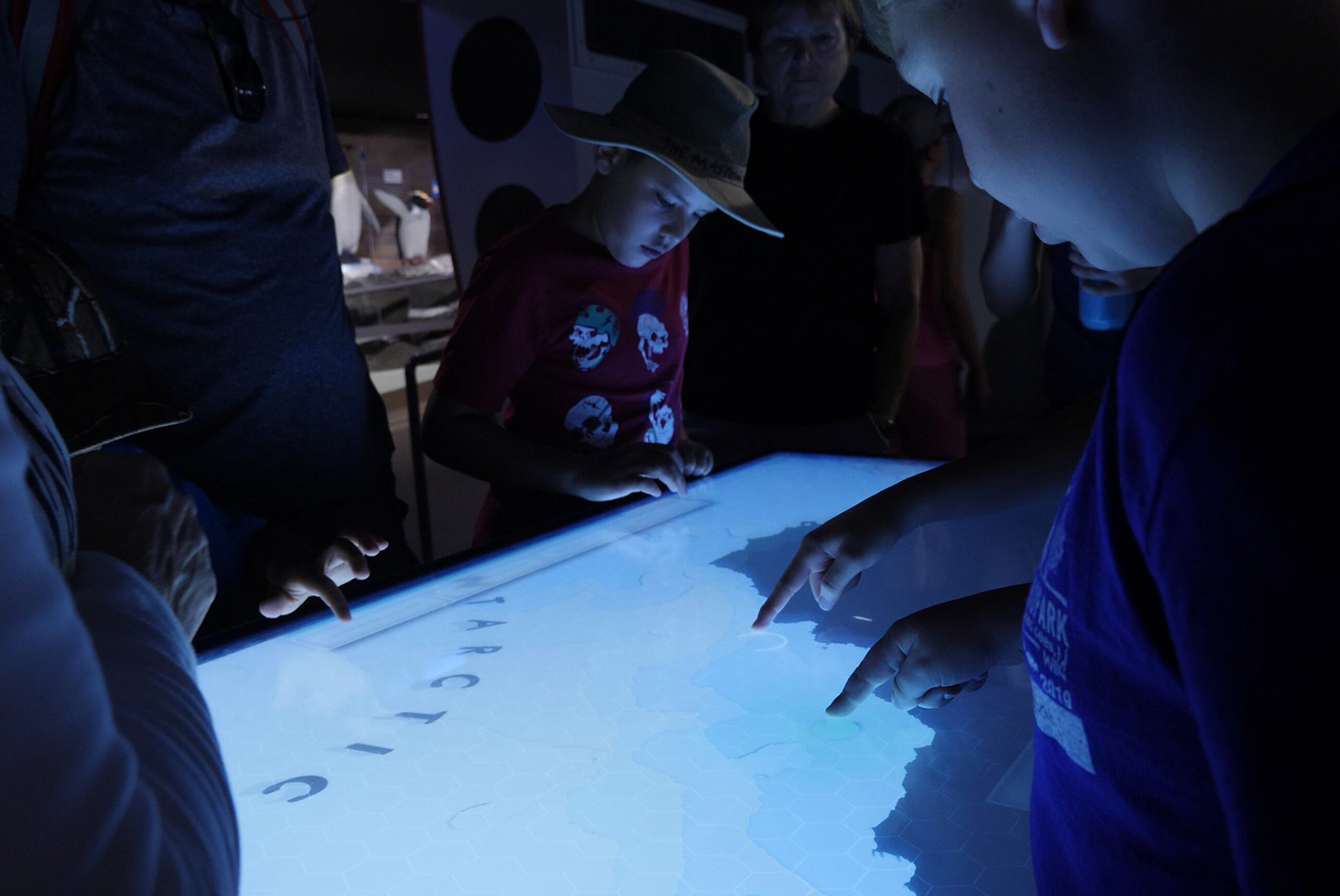 Recently we announced the Pro 75” 8K Touch Table to our lineup. The Pro joins our largest units which also includes Colossus 86”, the Pano Dual 49”, and Pano Dual 55”. Each model has different qualities, but all of these units are among the largest touch tables available anywhere. They are all ideal for multiuser applications as each table can accommodate four to eight users.

Often our largest touch tables wind up in museum exhibits, but they are also used for corporate lobbies and experience centers, labs, schools, command centers, and other demanding public and private settings. Here’s how these giant touch tables stack up.

All of these systems use LG monitors and are available with a range of computer systems including our ultimate PCs. We offer a range of NVIDIA 30 series graphics cards. The Pano systems with dual displays utilize a Quadro RTX 6000. Also, if you want something that we don’t offer, we can usually accommodate different PC specifications.

Another option is to go with one of our 65” touch tables which support two to four simultaneous users. They all have 4K resolution and there are a variety of form factors; the Pro, Platform, and the Drafting Table 65”. We also have an Inline 65” display which is an open frame touch display that can be put into custom furniture.

For some projects, there is interest in large form factors, but a need for them to have as part of a custom-designed table or kiosk. Our custom fabrication shop has built some very unique, large, custom touch tables and we’ve produced the displays and custom PC systems for other fabricators. Most of these systems use our Inline system which allows all of our touch displays to be more easily integrated into furniture. The Pano, Colossus, and even the 75” 8K system can be made into an Inline open frame touch display, allowing for ease of integration into fabricated cabinetry or walls.

Recently, as part of our work with the San Diego Zoo’s Wildlife Explorers Basecamp, we developed a multi-screen exhibit on stick insects. (We also developed software and produced original illustrations for this exhibit in which visitors try to find these elusive stick insects as they blend into their environment.) We used two 86” Inline displays, vertically mounted to create this interactive and somewhat immersive experience.

We also developed a pair of custom touch tables, called the Volunteer Stations for San Diego Zoo, which along with custom software, have Inline 65” displays and custom RFID readers. In addition, lockable drawers and other features allow docents to interact directly with guests, or these secure tables can be used for independent, visitor-led activities.

The Pano Dual 55” was upgraded to 4K monitors back in 2014 making it, with its dual displays, the high-resolution touch table at that time. Interestingly, we were asked to make a triple display version with (3) 4K monitors and a single piece of glass. This unique, custom system has a 150” surface and has a resolution of 12288 x 2160.

Probably our best-known custom touch table is the massive 20-foot, marble touch table we developed for IDEO and Gensler. Using (3) 86” Inline displays, this enormous touch table is clad with white, Italian marble. This two-ton table is so large it has its own crawl space to allow for setup and service.

We’ve developed plenty of other custom touch tables and interactive kiosks including the New Mexico Film interactive at the Albuquerque Sunport, “the Island” as part of the Valle de Oro National Wildlife Refuge, and of course, our series of interactive exhibits as part of the Penguins exhibition at the Albuquerque BioPark. If you are interested in our large-format touch displays, our Inline open frame displays, or our custom touch tables please contact our sales group, we’d love to hear about your project. 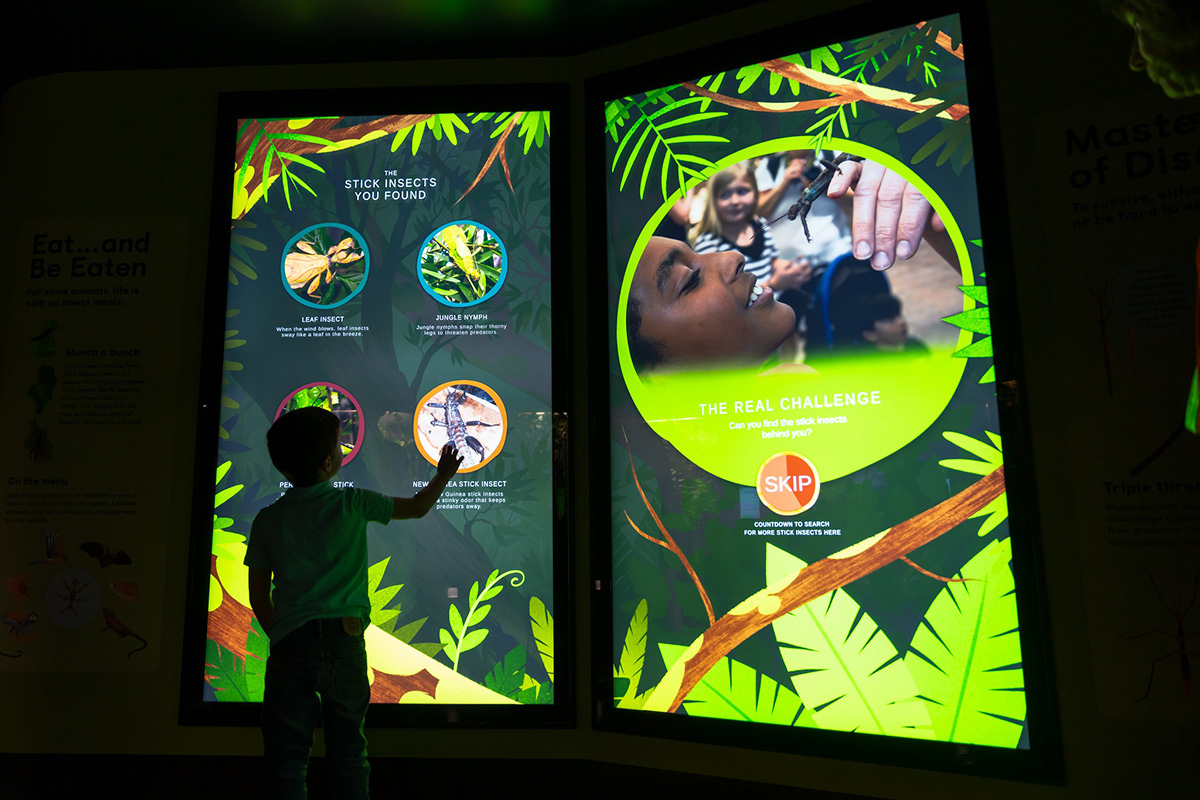 Dual 86” inline displays integrated flush with the wall at the San Diego Zoo. 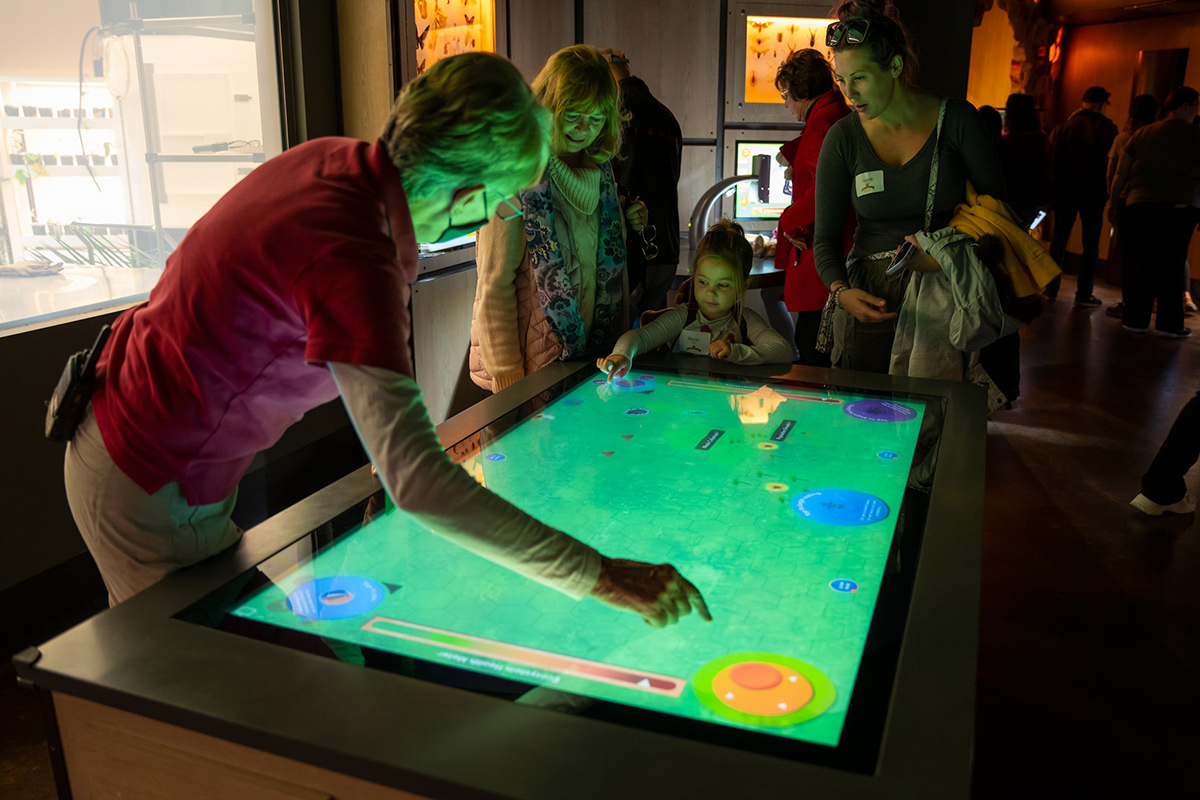 One of two volunteer stations at the San Diego Zoo. 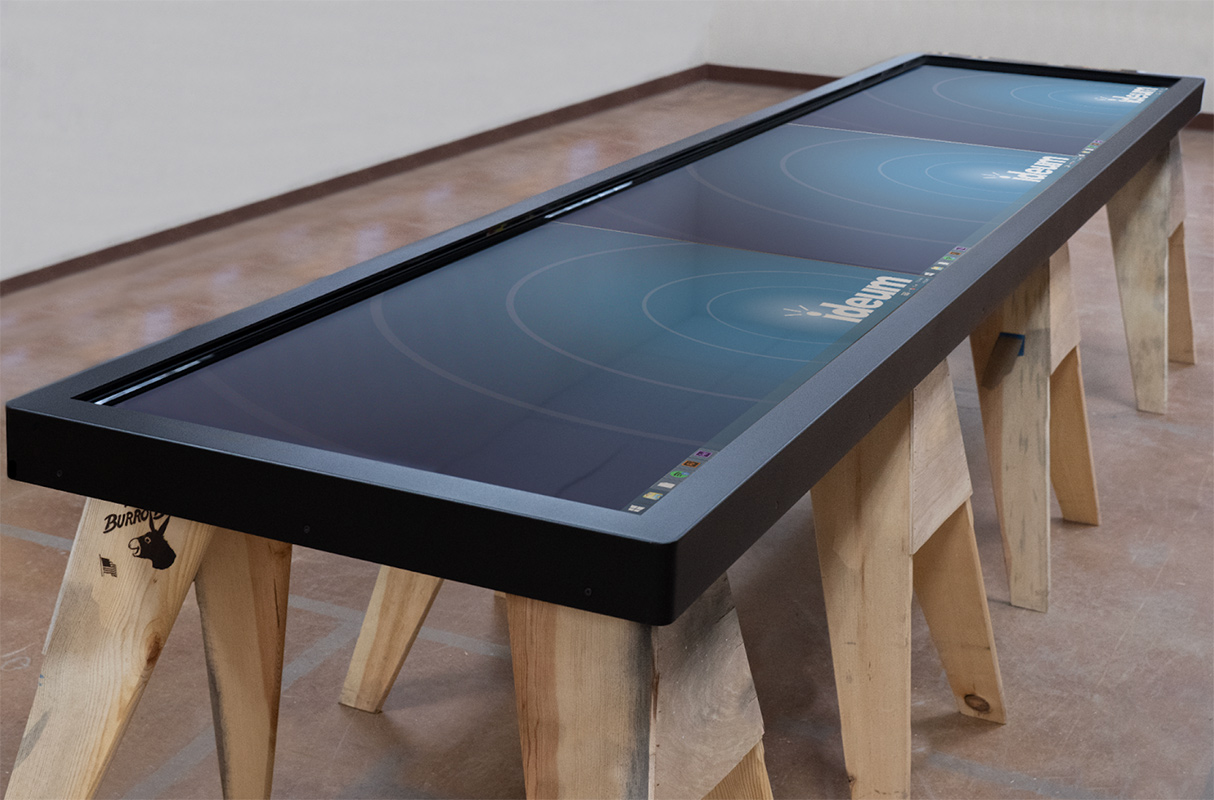 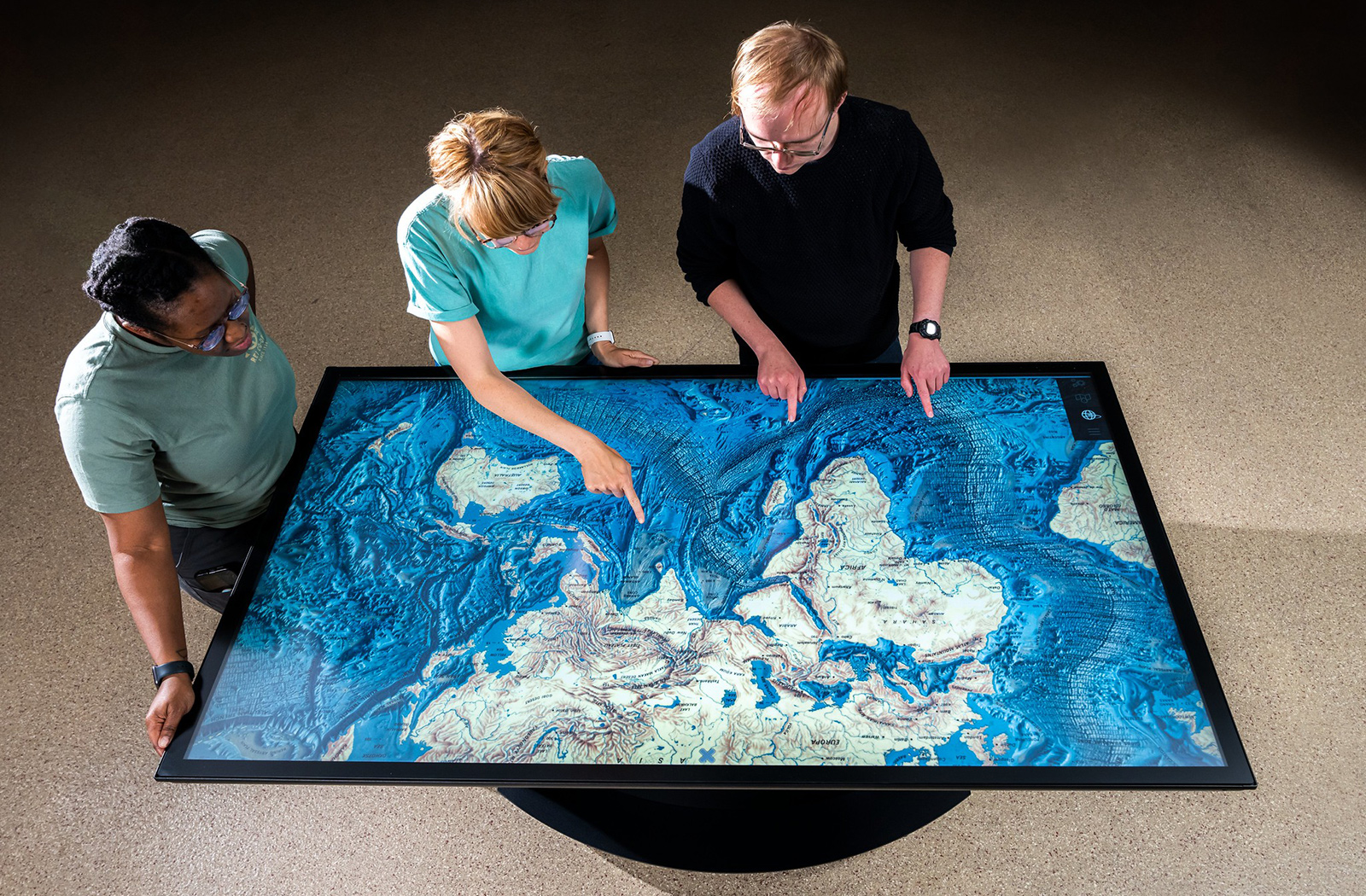 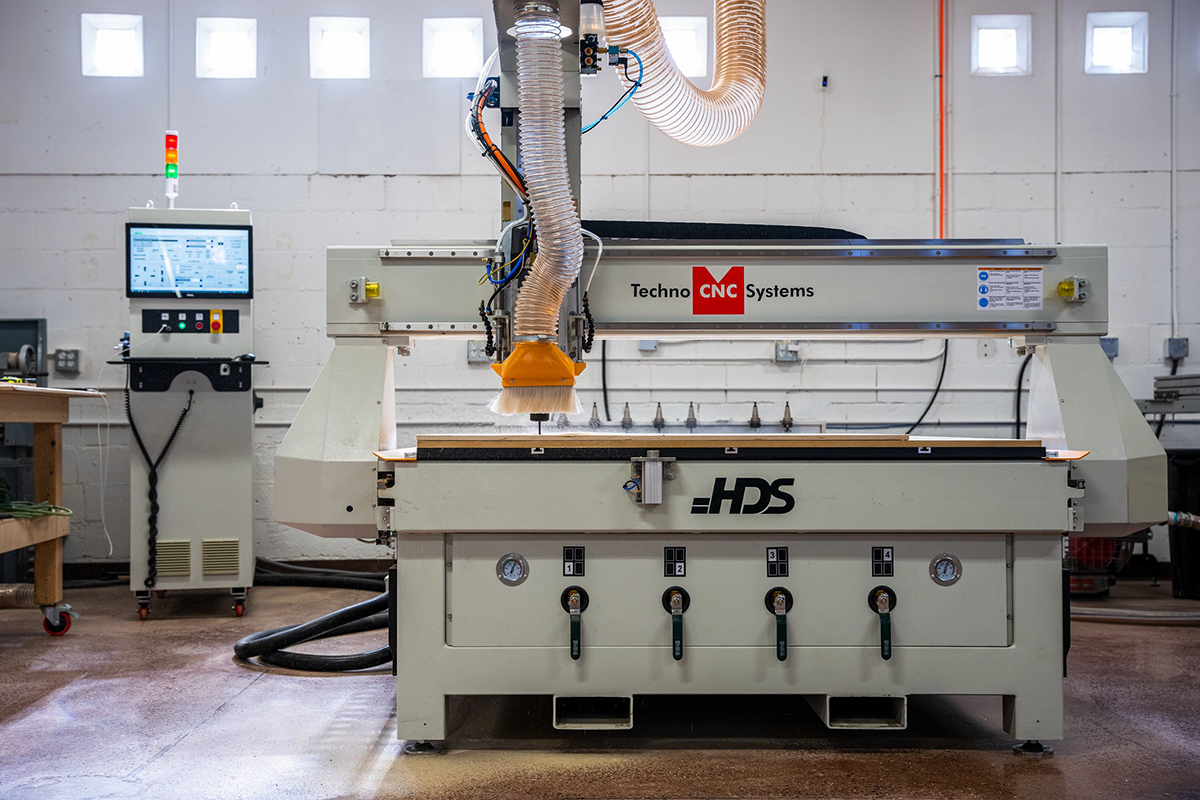