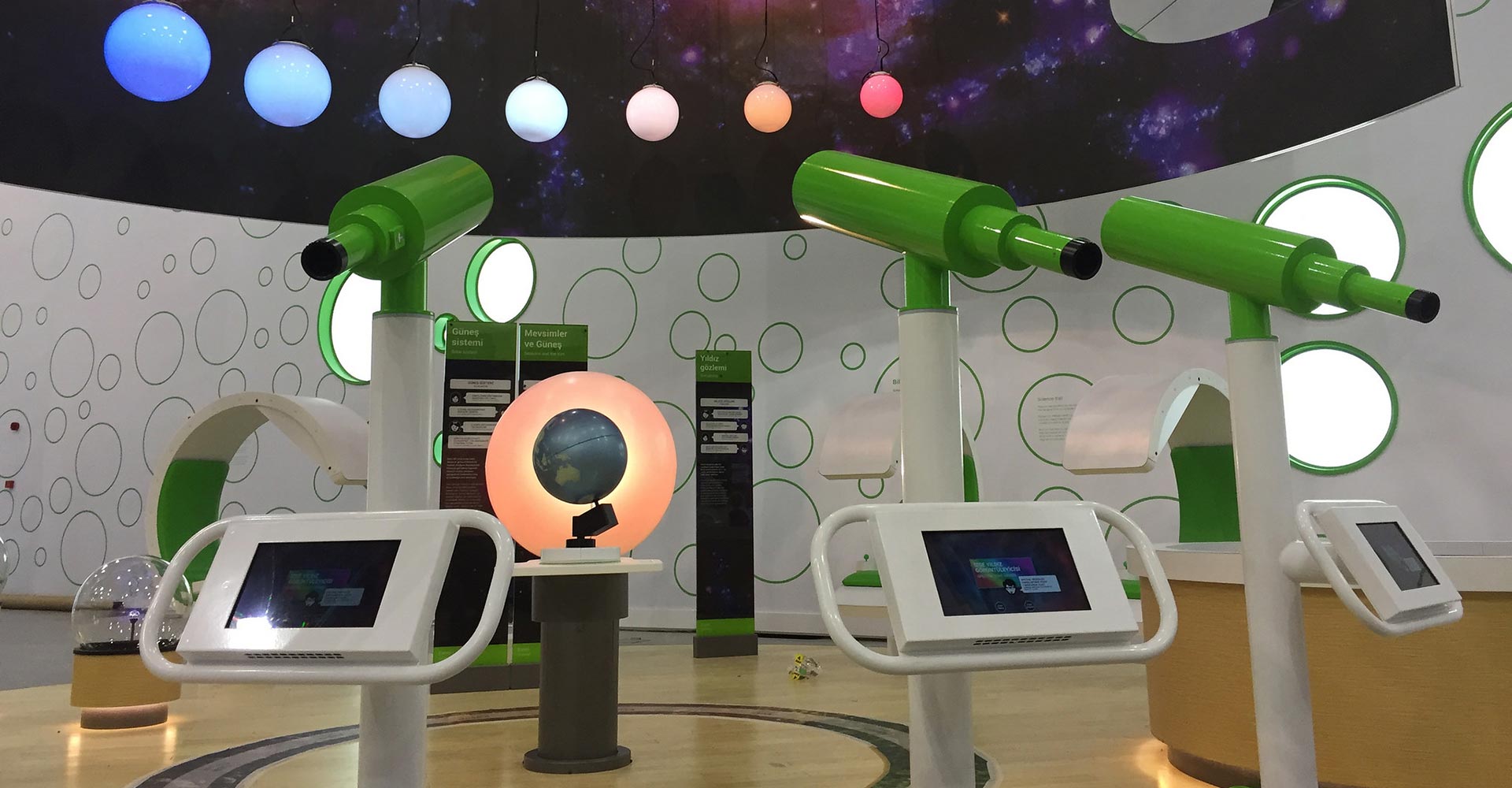 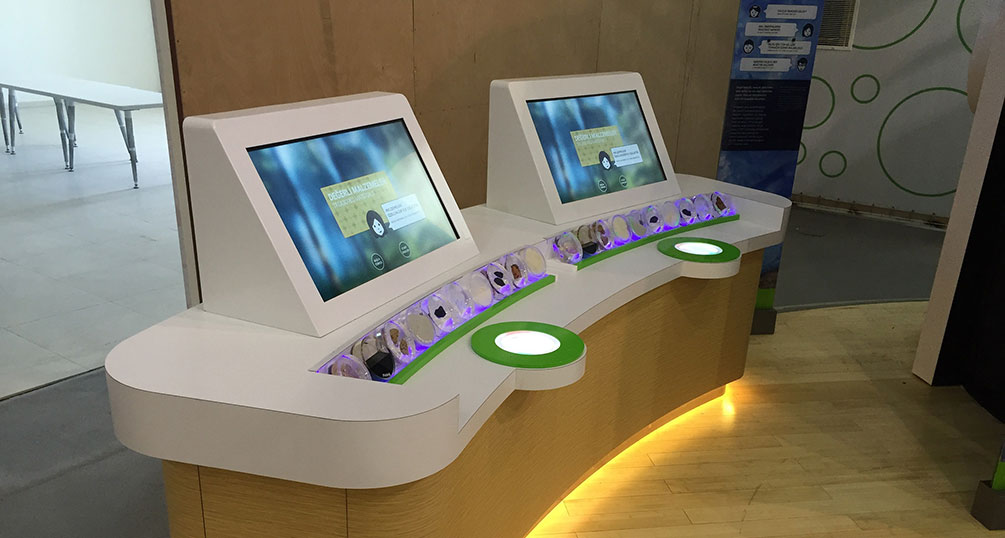 Ideum collaborated with the Exploratorium’s Global Studios on a project for the Kayseri Science Center in Turkey. The Exploratorium is a premier, interactive science museum in San Francisco, but they also make their services available to clients around the world through their Global Studios department.

The Exploratorium approached Ideum to develop three interactive experiences for a permanent installation at the Kayseri Science Center, a massive new facility built as part of Turkey’s nationwide initiative to create science centers throughout the country. Ideum’s team was able to develop every aspect of these highly-customized interactives, from graphic and user-experience design to software development, content creation, engineering, industrial design, animation, and hardware development.

In the Star Colors interactive, visitors play a game to learn about star identification. At the heart of the activity are three prop “telescopes” through which visitors view star types and their corresponding spectral patterns. Through the telescope viewer and its associated Windows Surface Tablet touch display, visitors try to correctly identify a star based on its spectral pattern.

Ideum’s industrial designers and engineers worked closely with the team at the Exploratorium to develop these complex props, which were fabricated, assembled, and tested here in New Mexico. The telescope utilizes an embedded 4.3″ LCD screen to view each star. As the viewer moves the telescope from left to right and sets their sights on a “star” hanging in the physical space, a digital representation of the star slides into view on the telescope’s LCD screen. A rotary encoder embedded into a gear box at the base of the telescope relays positional data to an Arduino which then communicates that data to the application running on the Surface tablet. The telescopes were powdercoated by the Exploratorium in the museum’s bright green color palette.

The second interactive is an arcade-like game called Precious Materials. Here, visitors learn about materials found in nature (wool, nacre, petroleum, etc.) by matching those materials with clues about their unique properties.

This interactive can be played in single-player or two-player mode. Each player has a set of 10 clear acrylic pucks that are embedded with natural materials and have unique RFID tags on their underside. Clues are presented on the player’s touchscreen, and they must determine the material that those clues are referring to before the clock winds down. To answer, the player places a puck on an animated 32×32 LED panel powered by a Teensy microcontroller. An embedded RFID reader scans the tag from the puck and the user is presented with a different animation based on their response, and points are awarded based on correct answers.

For the third application, Ideum developed the software for a large-scale, Magic Planet interactive. Global Imagination develops the compelling Magic Planet hardware, an internal projection globe, that displays various, dynamic animations about Planet Earth. On a 32” touch-screen, visitors pull up various datasets on the 6ft diameter globe to learn the story about our changing planet–from plate tectonics to ocean currents. As with all of the applications, visitors can easily toggle between English and Turkish translations to engage.

The Kayseri Science Center opens in 2016. If you’d like to see more photos of this project, visit our Flickr album. 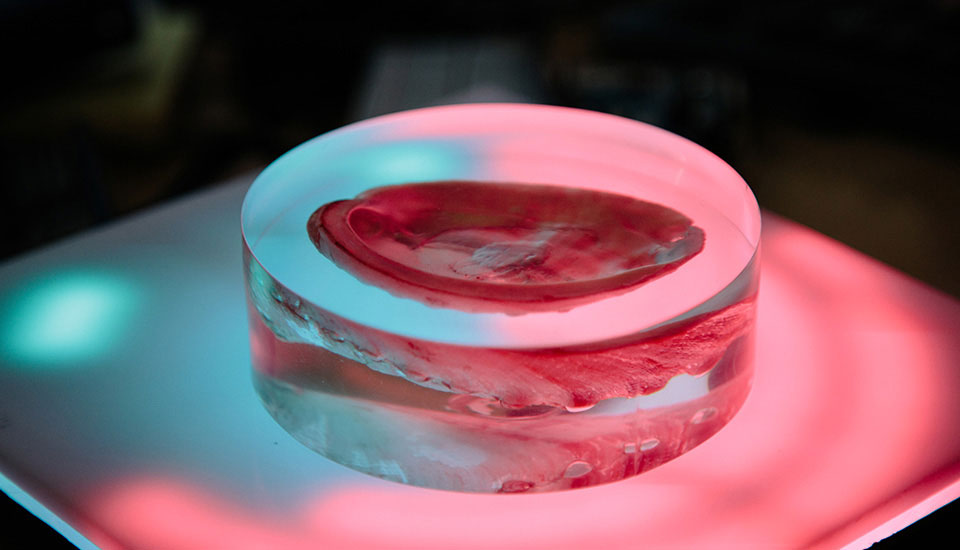 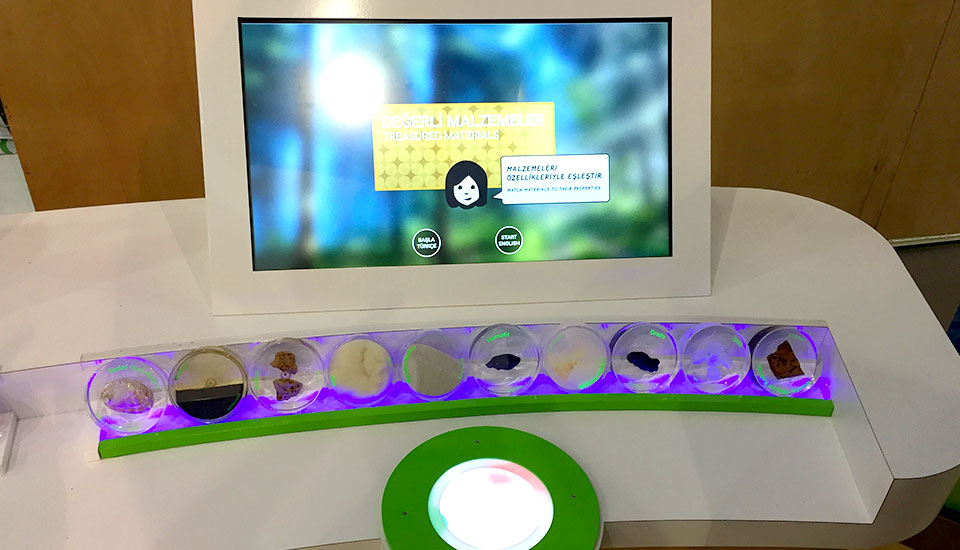 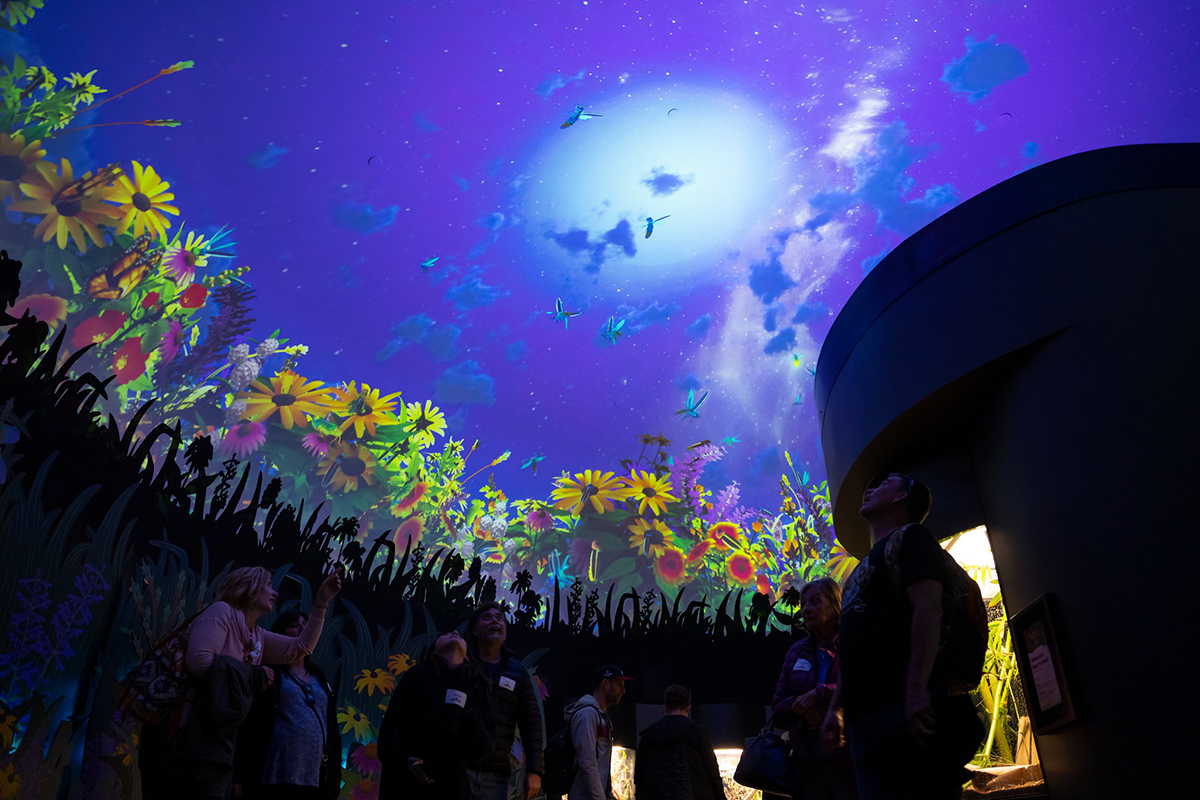