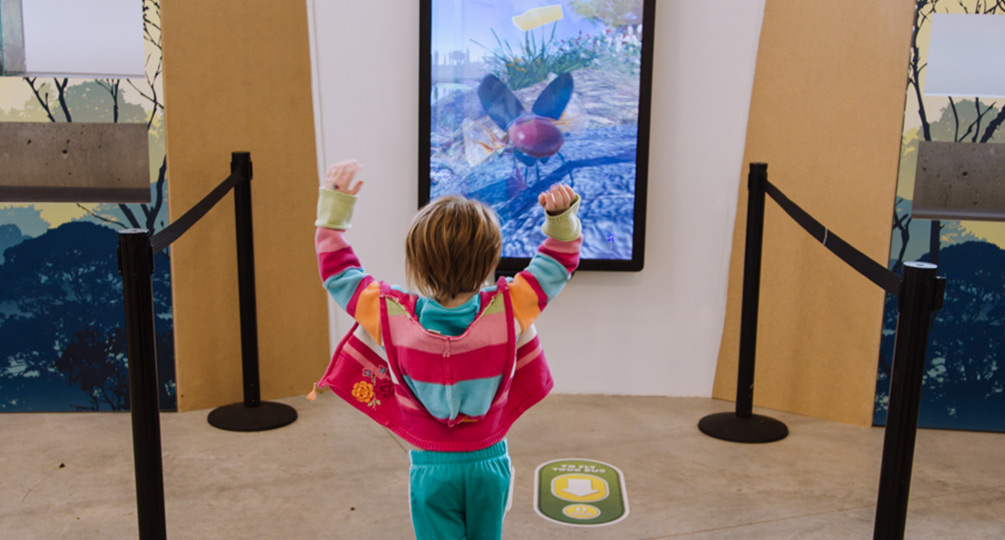 Be A Bug at the ABQ Biopark

Ideum has collaborated closely with experts from the ABQ BioPark and New Mexico BioPark Society on a fun new interactive for the Botanic Garden’s latest exhibition building, the BUGarium. The interactive is motion-based; visitors take on the role of a honeybee, Atlas beetle, or damselfly and physically control the motion of their bug. Flapping one’s “wings” controls speed and height of flight, and leaning left or right controls turning. As the honeybee the goal is to collect nectar, as the Atlas beetle the goal is to find fruit, and as the damselfly the goal is to catch mosquitoes. At the end of the experience, visitors can grab their camera and take a selfie with their bug avatar.

Ideum’s Creative Services team worked with BioPark experts on the content and feel of the experience, then designed and developed it from the ground up, including the interaction, the 3D bug characters and environment, and the sound. The game uses a Kinect sensor to track the player’s movements, and is programmed so that only the motion of the player, standing on a designated spot on the BUGarium floor, can control the movement of the bug. The interactive was built using the Unity 3D game development environment. The activity is played on an Ideum Presenter 65 which is mounted to a special wall built just for the activity.

The ABQ BioPark’s new BUGarium opened as a part of the Botanic Garden on October 30, 2015. 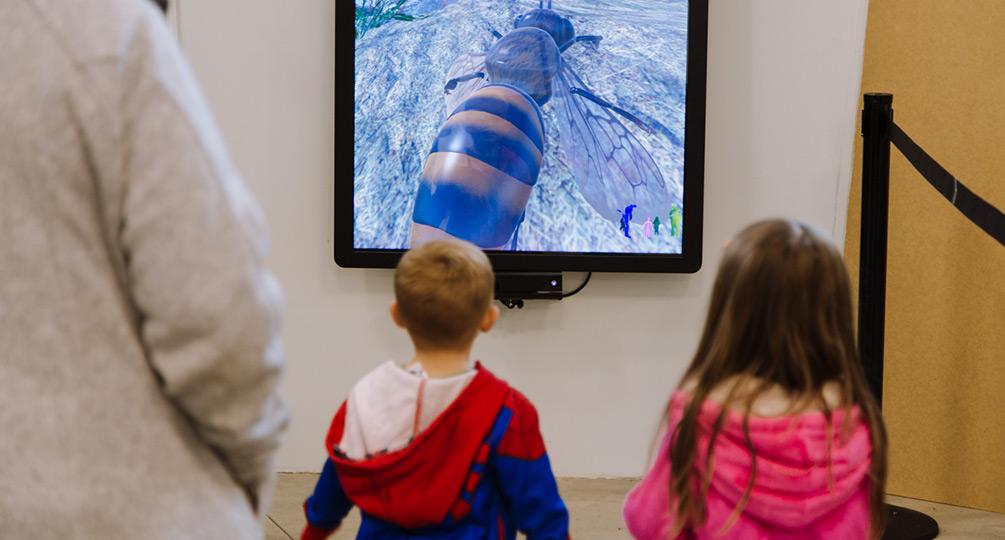 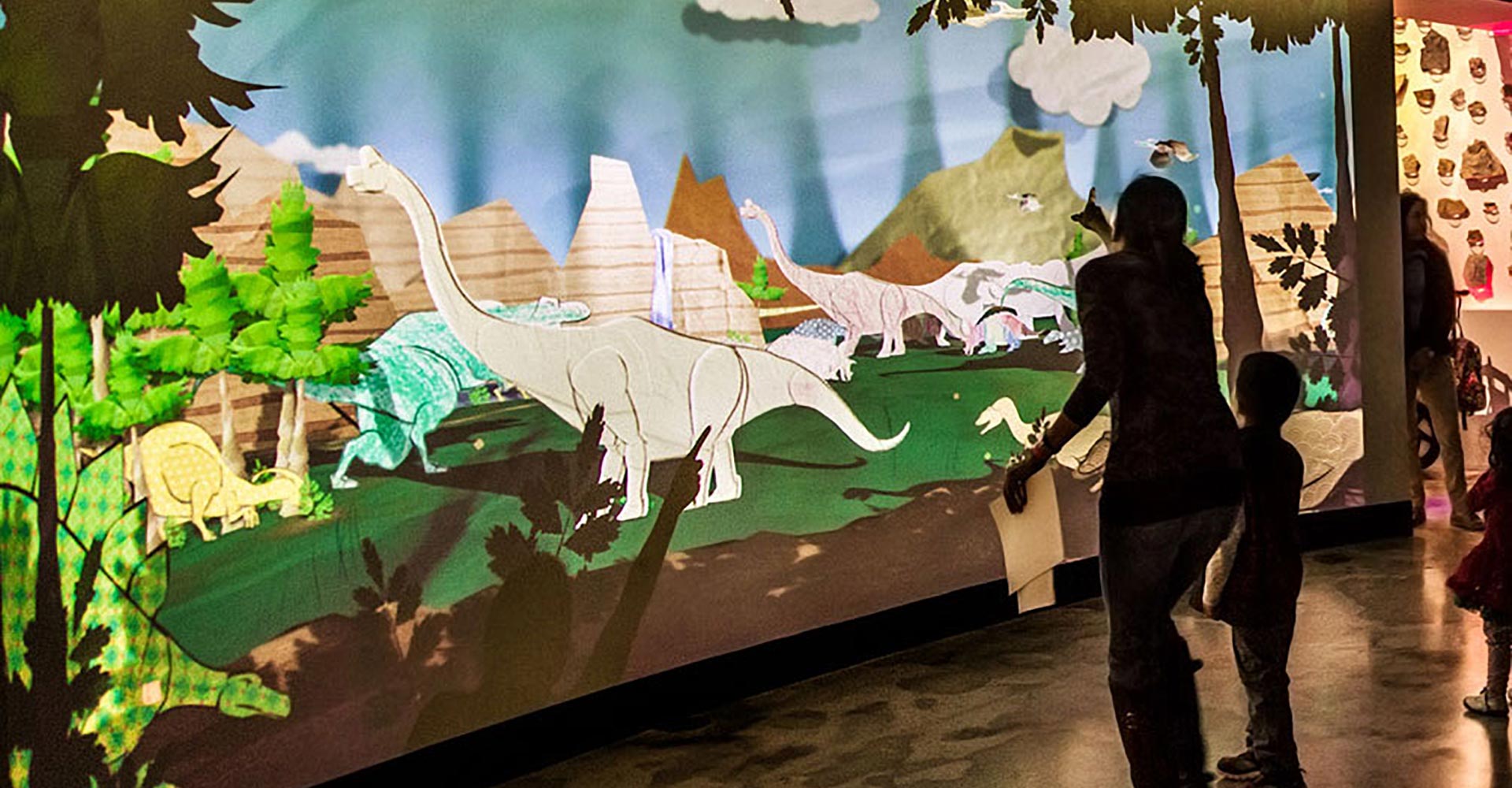