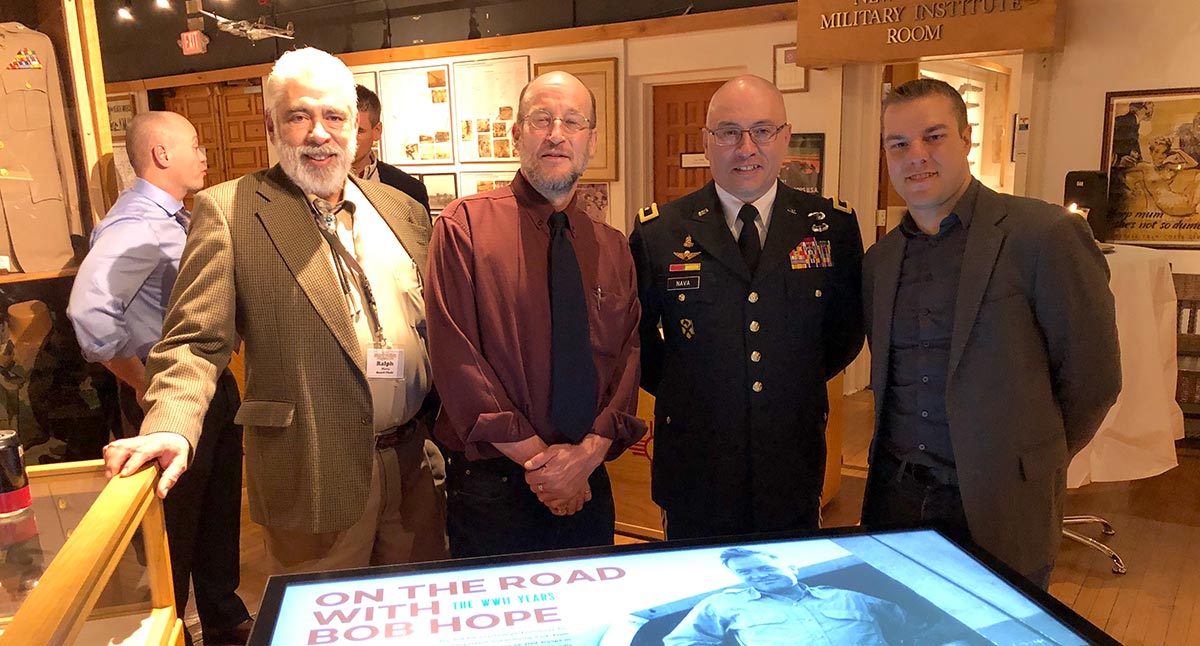 On February 20, 2019, the New Mexico Military Museum in Santa Fe hosted a special event highlighting the service and sacrifice of the New Mexico National Guard—and Ideum was honored to be invited to bring several military history exhibits to the gathering.

Ideum has developed numerous experiences exploring military history and technology for a wide range of venues. For example, the Planes of Fame exhibit we created with the Planes of Fame Air Museum in Chino, California lets visitors explore classic warplanes from the World War II era.

On the Road with Bob Hope immerses visitors at the National World War II Museum in New Orleans in the journeys of Hope and his troupe of entertainers to far-flung bases in the War’s Pacific and European theaters.

And Ideum worked with Waterloo, Iowa’s Grout Museum District to create two exhibits for the Sullivan Brothers Iowa Veterans Museum. Faces to Go with Names highlights Iowa’s fallen soldiers from the Vietnam era, and Faces of the Fallen focuses on the state’s Korean War soldiers.

We thank the New Mexico Military Museum and the New Mexico National Guard for their invitation and look forward to being part of future events in honor of our soldiers and veterans. 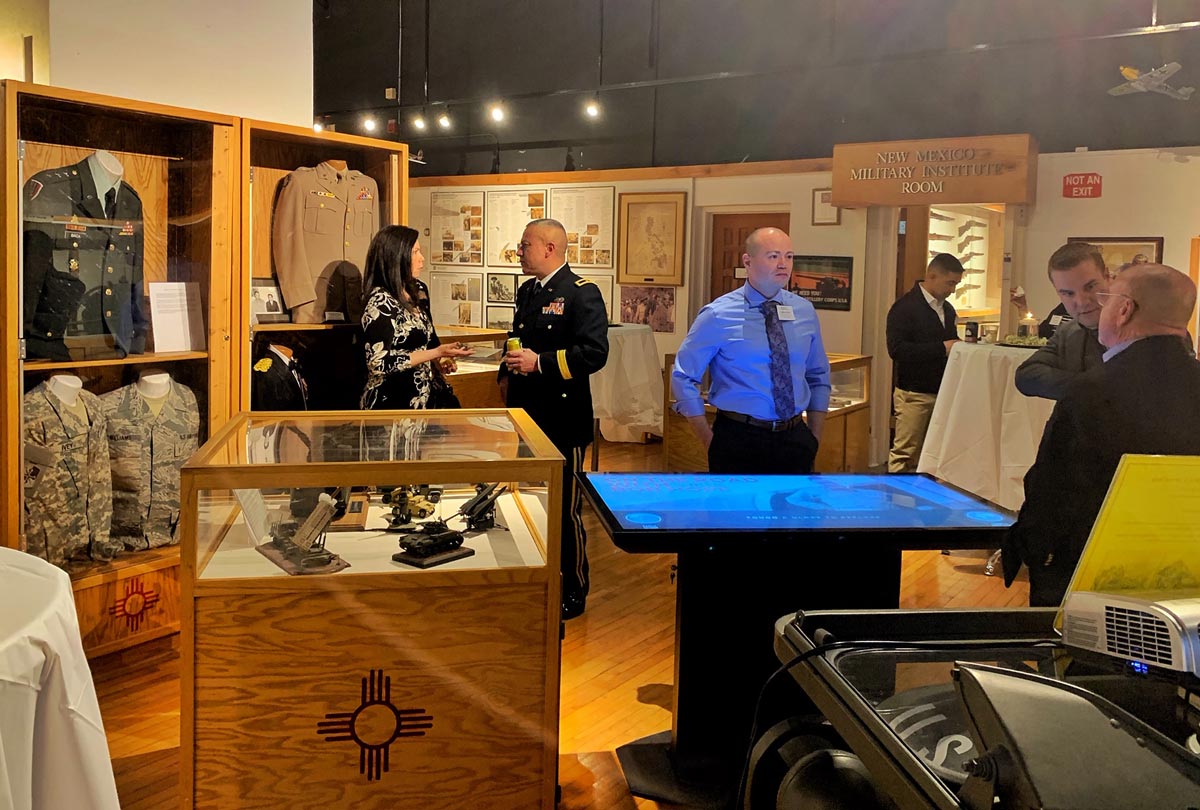 Guests explore exhibits and artifacts at the event. 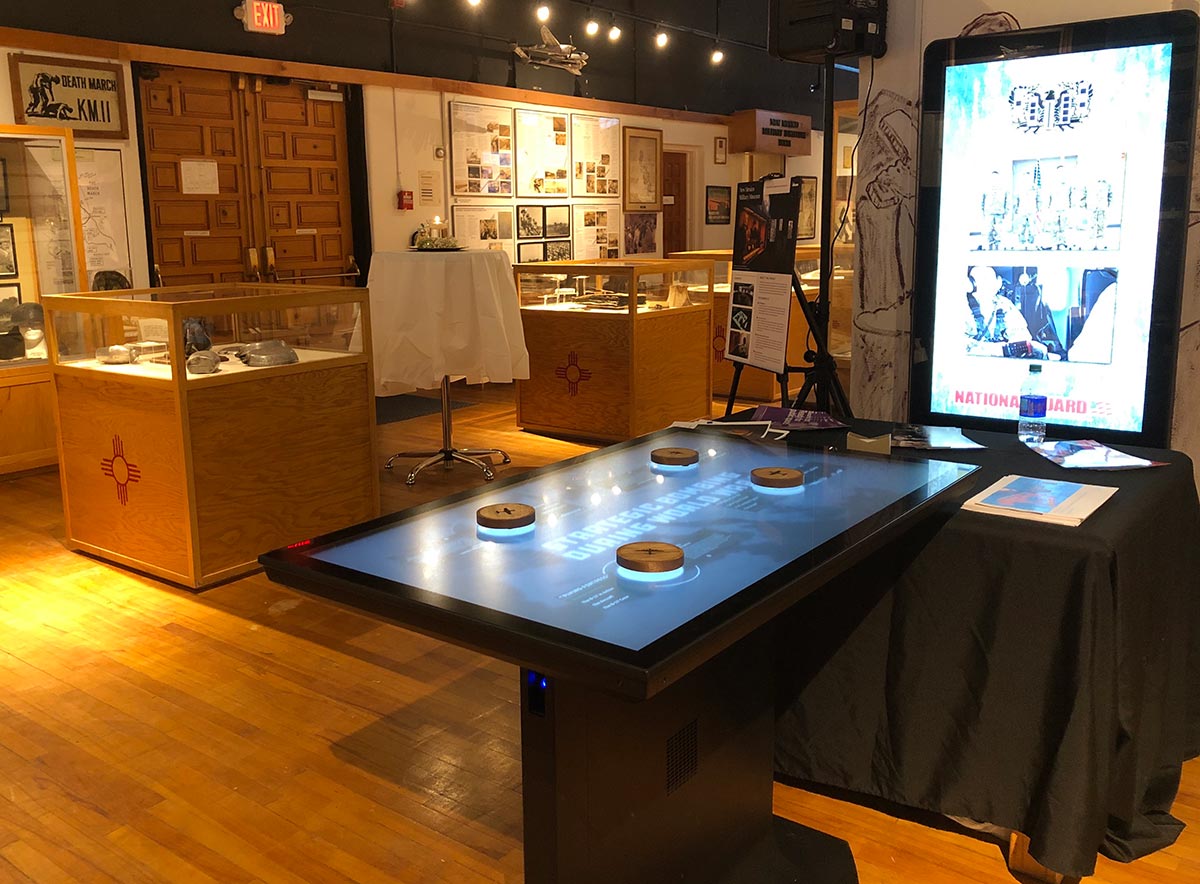 Ideum’s Planes of Fame exhibit in the main gallery of the New Mexico Military Museum. 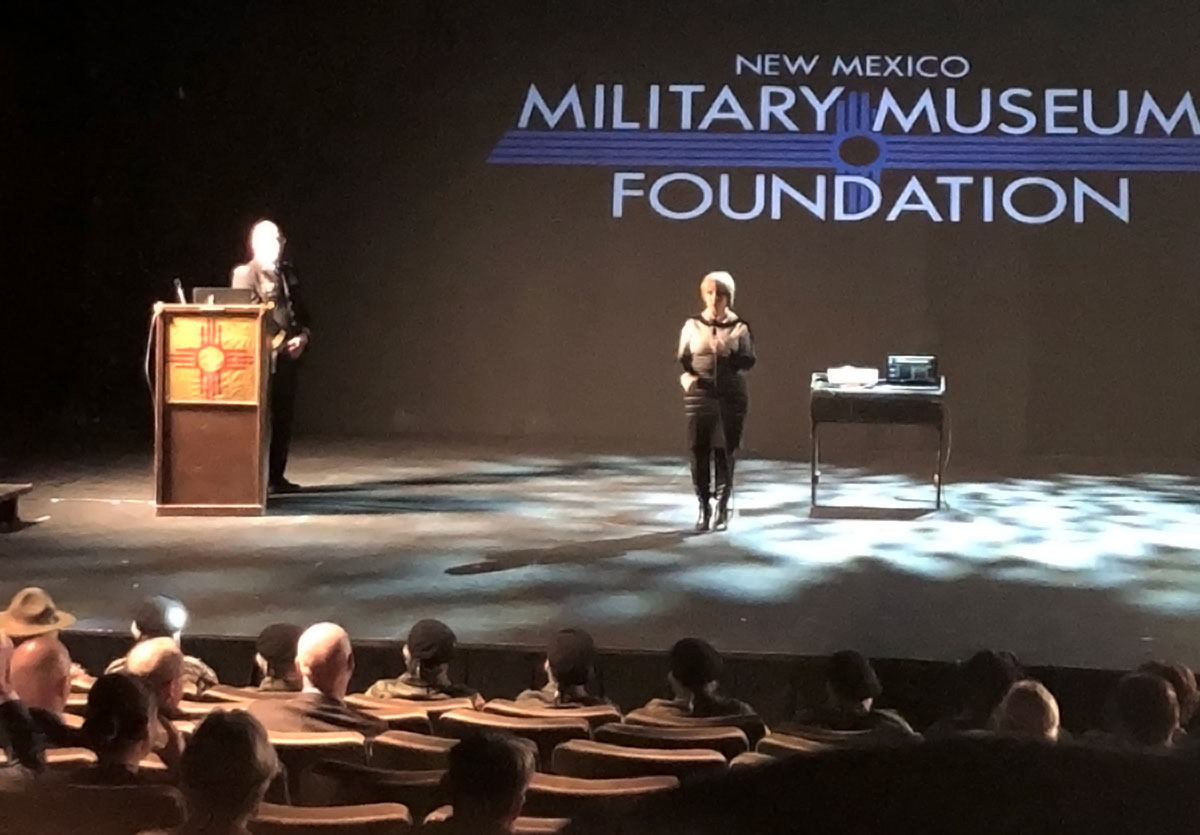 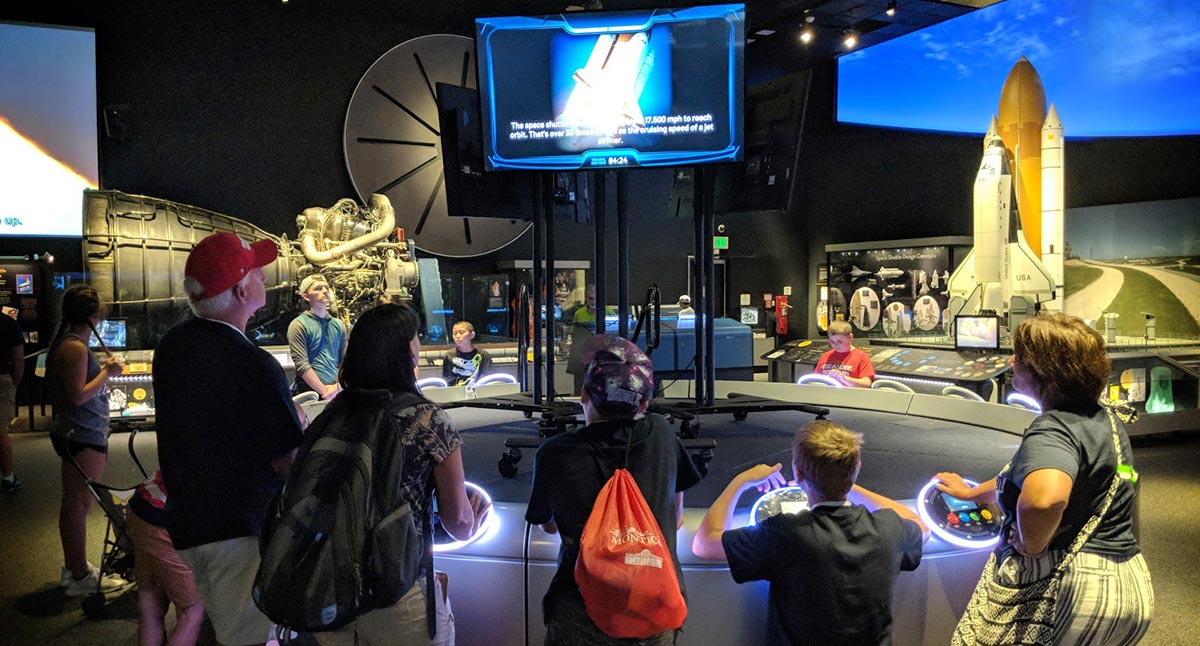